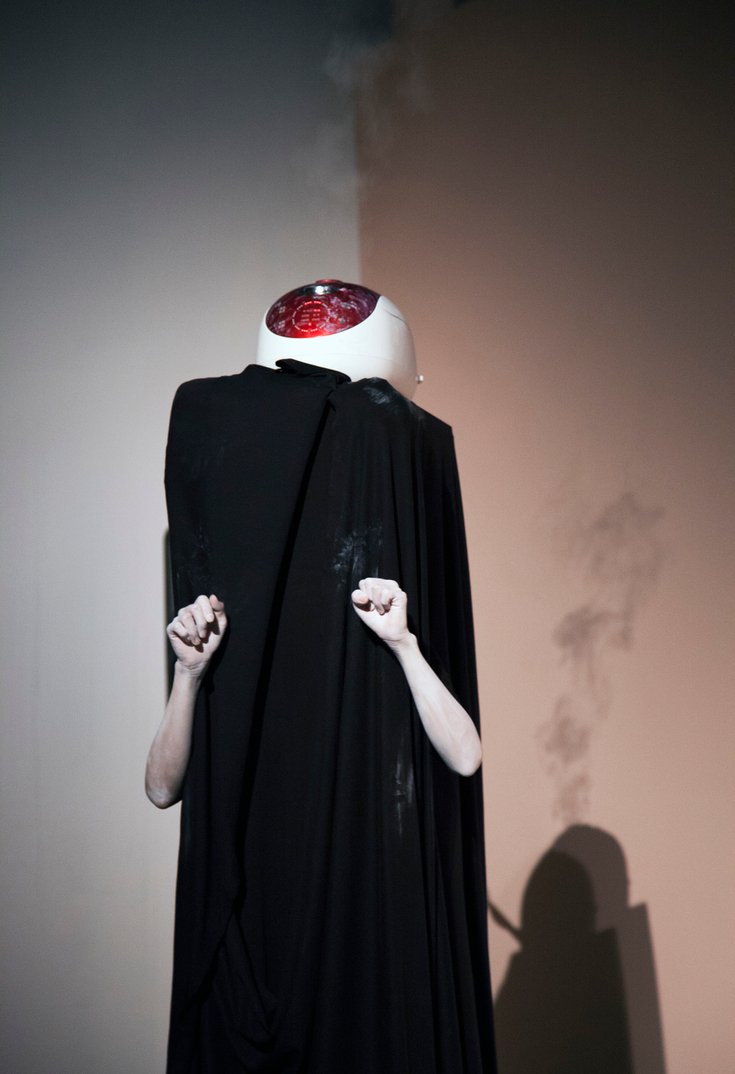 The story is set to a fantasy world where Hayao is in search of a magical and holy being called Cuckoo. Cuckoo has the power to bring Hayaos dead father to life and heal the pains his mother suffers. In the play Cuckoo is performed by a talking rice coocker produced in Korea (and also speaking in Korean). The dialog revloves around sacrifies and tasks Hayoo must performe for Cuckoo. Music plays an important part in the work setting the moods for Cuckoo.

Thanks to Martin Onassis & Jay Yoon for additional graphics and support. 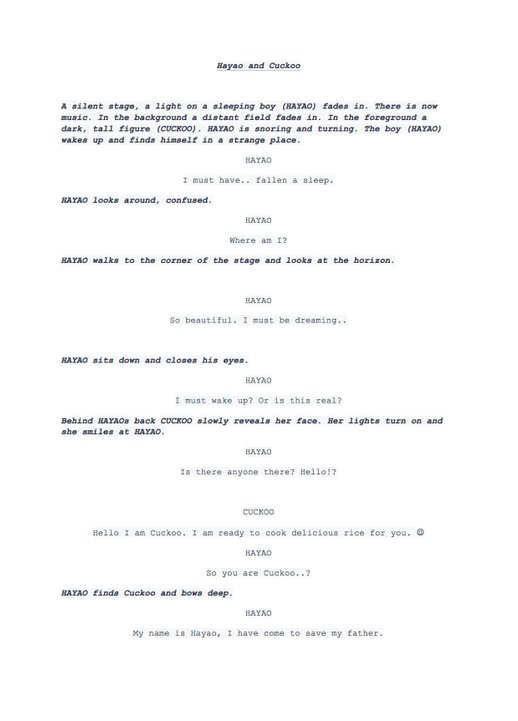