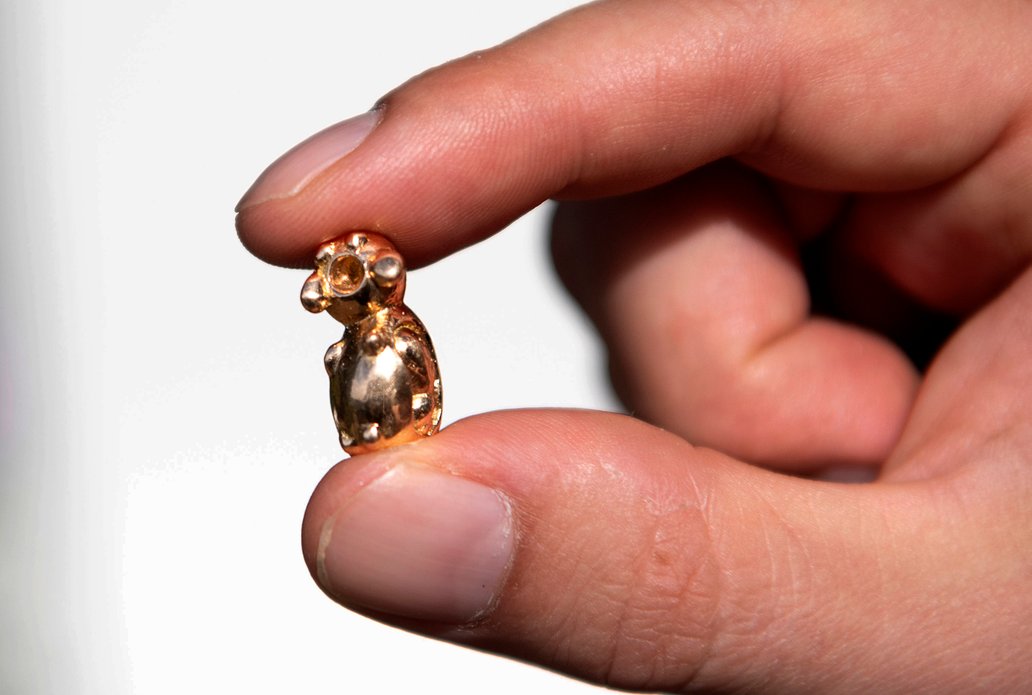 I saw the sun is a sculptural and a family artifact. The work is permanantly installed at the museum of Arkeology in Salvador Bahia, Brazil facing the great atlantic ocean.

The story begins in 1964 when my father moved to Bazil to marry his x-wife. Zita and Ralph, my father, had met in London a few years earlier. However only after a year the marriage ended back in Sweden. My father had many times showed me the gold rings from this marriage he he gave me these two rings. From my mother I was given a gold braislet that belonged to my grandmother. these objects where later melted and transformed into a golden sculpture. The sculpture depicets a pregnant NG, a mythological beeing from the Terminal Green (a work dear to me). 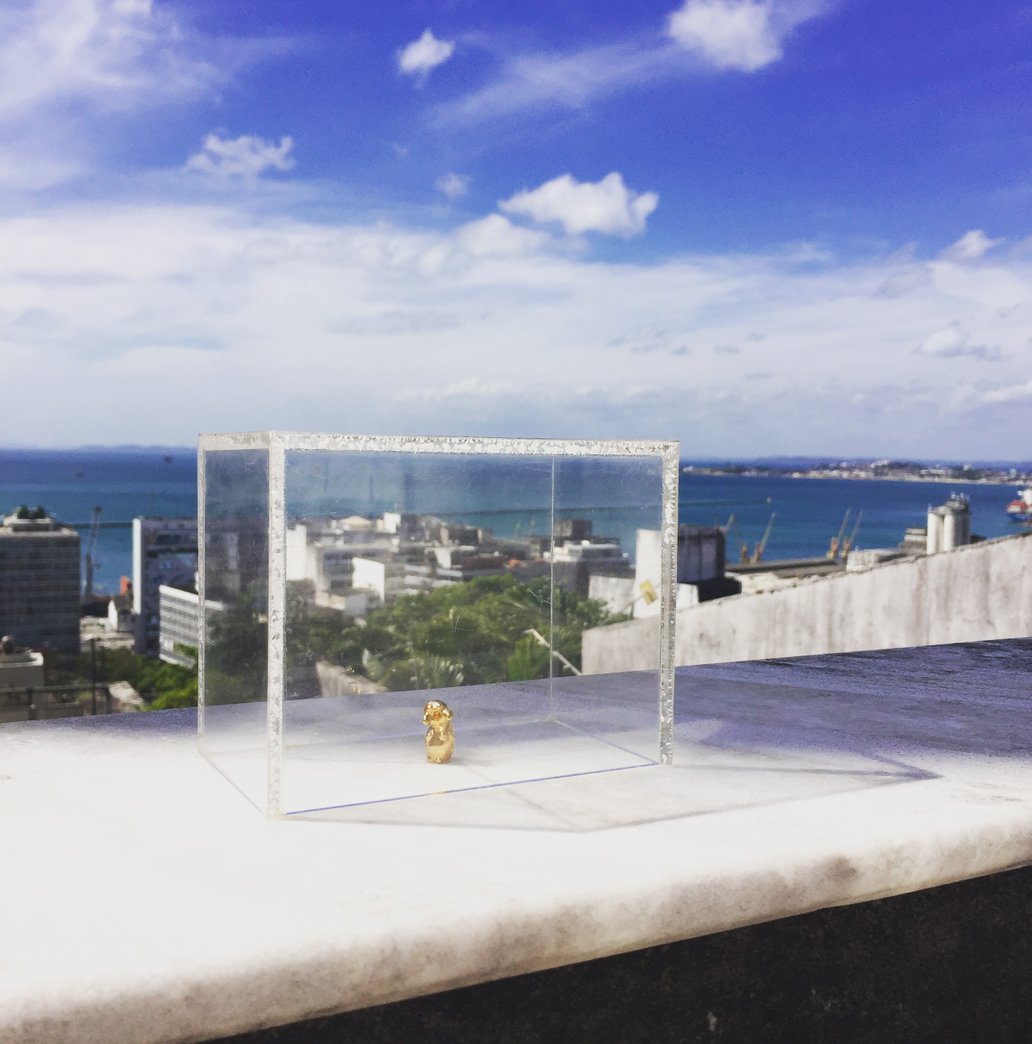